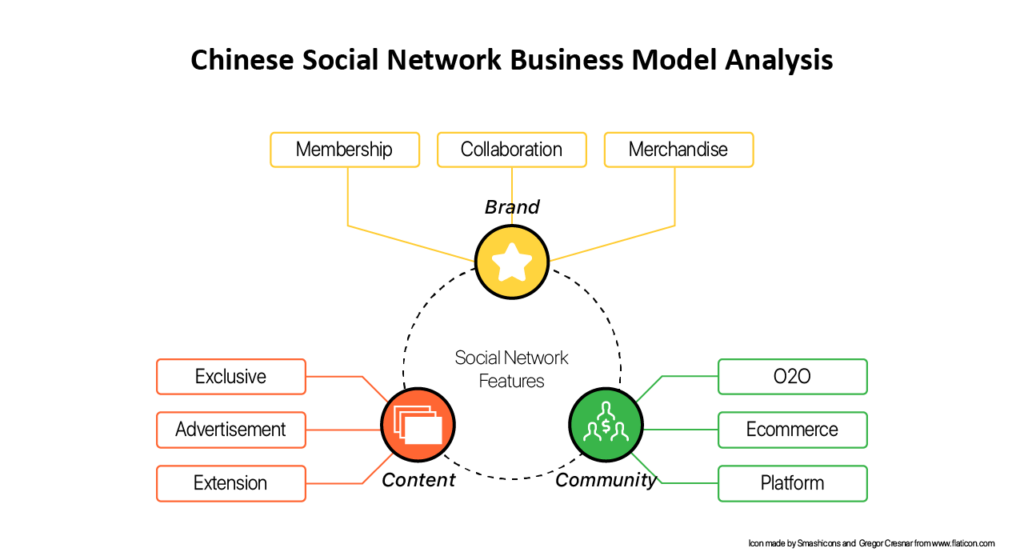 The development of the online community is proportional to the population size of China. Applications used in the online community are becoming increasingly diverse due to that fact that online communities satisfy the three needs in Maslow’s need hierarchy theory: social, esteem and self-actualisation. Instant messenger is an important internet application with a usage rate of 92.2%; the majority of this is accounted for by Qzone, Weibo, and Momo at 50.7 percent.

The development of online communities in China is highly correlated to third-party payments and mobile payments. Currently the two main third party mobile payment platforms in China are Alipay and Tenpay. Post 1980’s children have the highest consumption rates compared with older generations. The new generation lay the foundations for continuing the commercialisation of online communities.

Online communities for ‘Internet celebrities’ are full of vitality but forum communities have high loyalty.

Mutual trust between members must be sustainable when commercialising online communities

A report conducted by iResearch, showed that in 2016, the commercial models of China’s online community could be divided into two categories; advertisement and traditional e-commerce. Emerging strands that have developed during the process of commercialisation include, membership, brand cooperation, derivatives, and platforms. Luogic Talkshow, sells books on live webcasts and then spreads to different platforms. Expanding their group of fans and attracting attention via multiple platforms results in exponential rises in auction prices of the book, from single digits to more than ten thousand RMB. Live webcasts have become a leading method of promoting brands and creating business potential from the online community.