The growth in startups and foreign investment in Thailand has seen a significant increase over the last 5 years. The government recognises the private sector has been a main facilitator of growth and plays an active supporting and promotional role. Incentives, and relaxations to some of the ‘red tape’ to encourage and facilitate investors have been introduced leading to Thailand being named as one of the highest ranking countries for foreign direct investment (FDI) by leading independent observers and investors.

Thailand’s Board of Investment (BOI) is the principal government agency for encouraging investment. In 2016 they reported the total number of approved FDI at THB 358 billion (USD 10.5 billion). 64% of these were for 100% foreign-owned projects. Japan was the leader followed by China, the Netherlands, the US and Australia.

Attracting Investment for an Economic Shift

The BOI are also offering significant incentives via tax breaks to foreign entrants in a number of industries. These include next-generation automotive, biotechnology, smart electronics, core technologies (e.g. digital, biofuels, and logistics), and community enterprises.

The Thai government is working hard to realise it’s ‘‘Thailand 4.0’ model, hoping to make Thailand a ‘high income and extensively connected economy’. It aims to do this by developing into a knowledge-based economy focusing on research and development, science and technology, creative thinking, and innovation. The infographic below demonstrates the desired shift from small SMEs to startups and innovation – and identifies the target clusters for these. 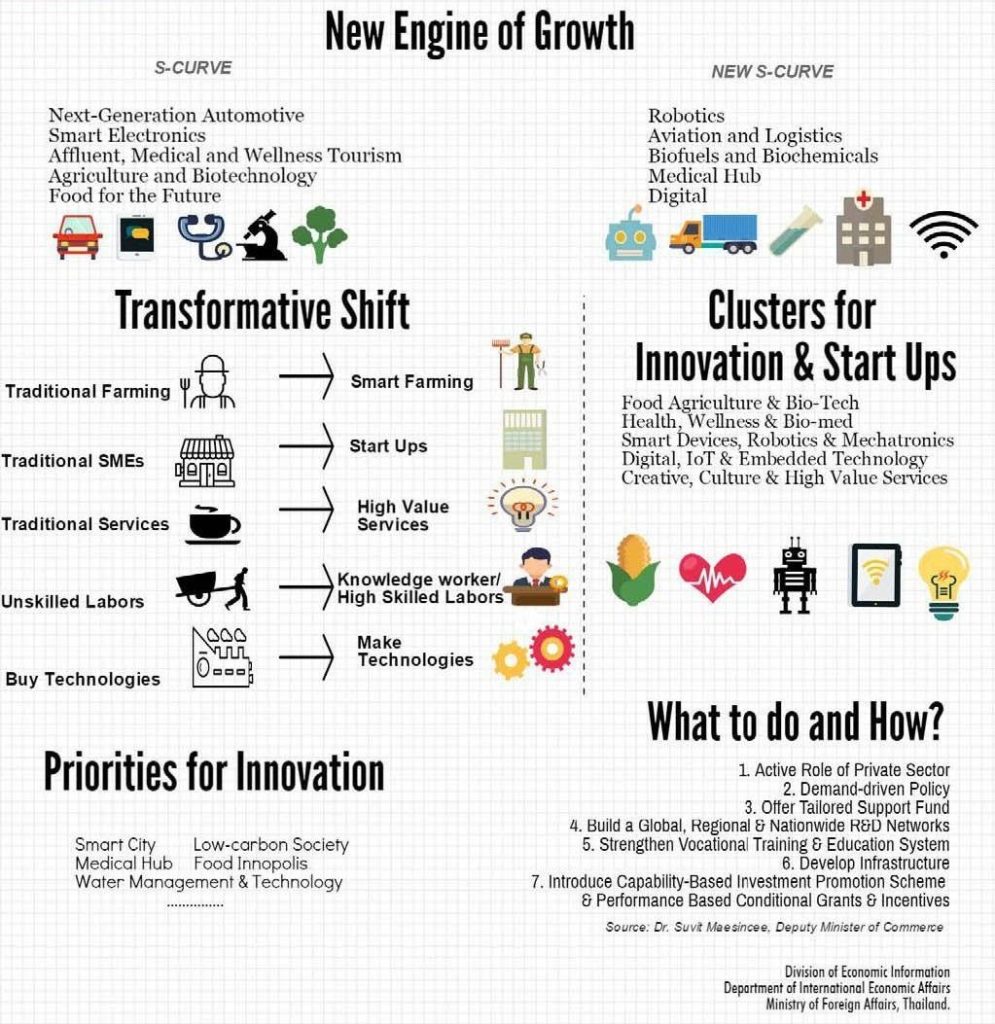 Towards the end of 2017 – tourist arrivals are forecast to be 37 million. Accompanied by the predicted weakening baht making overseas travel cheaper – all of the industries related to tourism, including hospitality, food service, and recreational activities will also be prime targets for potential investors.

The Future of Doing Business

The World Bank’s “Doing Business Guide 2017″ ranks Thailand at number 46 in the world, and second in comparative economies. 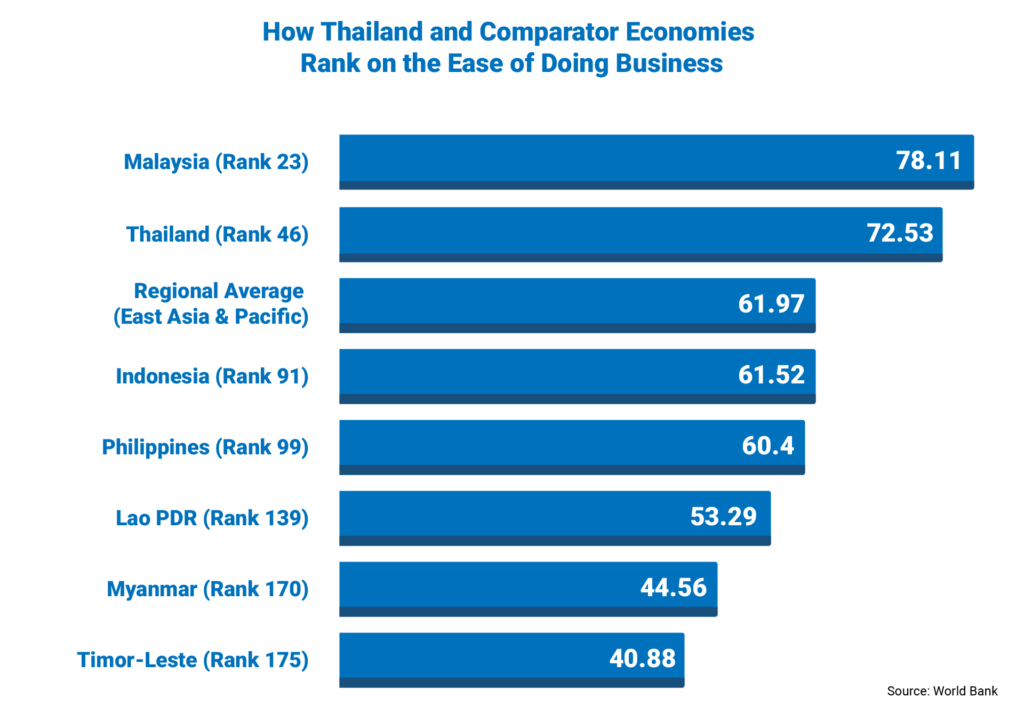 Add to this the strong geographic location of Thailand providing access to four billion consumers in the Asian region, including China, Japan, India and Australia and the THB 1.4 trillion of government planned infrastructure spending, the future of Thailand as an investment location looks attractive.

The BOI regularly introduces incentives to certain industries applicable to the Foreign Business Act regulations. To take full advantage of these it’s essential to take advice and consult with experienced advisors who understand how to access this market.